An Interview with SolarWindow and CEO John Conklin 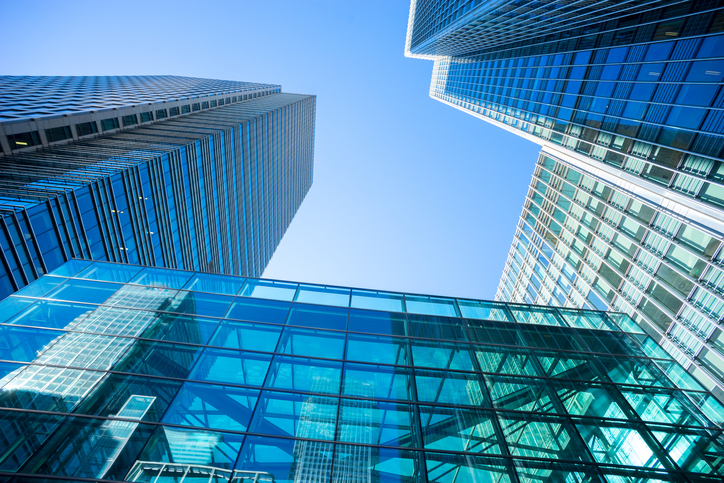 Solar Power Authority sat down with John Conklin, the CEO of SolarWindow, to chat about SolarWindow and the technology the company is working on. The interview has been edited and condensed.

Tell us a little bit about yourself.

Initially I was brought in as a consultant to help the CEO at the time with a particular aspect of developing a prototype. Shortly after that, I was brought into the company by the board to be president & CEO, and from that point forward we’ve continued progressing with product development—our eyes are set on developing a commercial product by year-end 2017.

What should consumers know about SolarWindow?

So I think, first off, it’s important for everybody to realize that SolarWindow Technologies is not a PV company. We are not a solar photovoltaic company. We really should be referred to as a clean energy company. And as we look at clean energy moving forward, we see that there’s going to be a tremendous potential in how the world looks at PV—or the global outlook for PV, as it may be referred to. And as a clean energy company, we feel that we have an opportunity to make robust change in the global market for photovoltaic.

How old is SolarWindow?

The technology really goes back to 2009, although the company existed before that. SolarWindow efforts really began in late 2008 and in early 2009, and then my work started in February of 2010.

How would you say the company has changed since you stepped in?

Well, substantially. And it’s really from three perspectives. First, we have improved transparency. That’s one of the most distinguishing factors from any incumbent photovoltaic system that’s out there. And maintaining that transparency is key, not only to the technology, but to our market objective. The second is that we have increased scale. And we are very proud to say that we have set a record for size and power for comparable devices, and that’s been validated by the Department of Energy at the National Renewable Energy Lab. And third is that we produce solar windows in very attractive colors that are sought after by architects, builders, developers, engineers, and owners.

In layman’s terms, how does your coating work? What makes it special? How do you describe the technology?

SolarWindow coatings are organic, and the technology is referred to as “organic photovoltaic.” Our compounds are largely made of carbon, hydrogen, nitrogen, and oxygen. The way we combine those layers in the SolarWindow device allows us to improve power as we constantly refine those layers. The layer that’s in the middle is what we refer to as the “active layer.” That’s the layer that generates the electricity. And that’s where light energy is absorbed and converted using the principle of photovoltaic. The electricity moves through the device, goes to the surface of the glass, and then moves off to the side of the glass, where it is then picked up by our proprietary interconnection system that allows us to connect the window to wires.

Are you working with the government on any of this? Can people get government subsidies for this?

Yes, we do believe that state and federal subsidies will be available to the owner of the building, whether that’s residential or commercial work.

There are other companies that are either working in this space or working on technologies to compete with organic photovoltaics. Many of them, however, in contrast to SolarWindow, have been applying this idea to e-readers and tablets. SolarWindow, since my time at the company, has always been built around the window first. When I came in to take over the company and to forge our path forward, it’s been all about taking a window specification, and then understanding and applying what the window industry does, right from how they make the glass, how they cut the glass, how they coat the glass, and then build a window—all of those processes have been an element of how SolarWindow has been fabricated.

And what if it’s cloudy?

That’s one of the beauties of SolarWindow—we can generate electricity under very diverse light conditions. We have scientifically designed the coatings to work under both natural sunlight and artificial light. But what really is nice is that we can bring the technology indoors, and the light that is within your office can be used to generate electricity. The other nice feature of this technique is that the light doesn’t have to be direct. It can be indirect, it can be shaded, or diffused, and it works with reflected light. Whereas conventional PV really needs to face south in the northern hemisphere—and if it’s a cloudy day, it doesn’t really produce light or doesn’t produce energy—because it’s looking at the visible spectrum of light, we don’t work with that spectrum of light.

What are the obstacles you’re facing in getting a product to market?

The idea is to have a product ready for manufacturing, and there are really three broad steps that are associated with that.

First and foremost is to raise capital to meet our development objectives.

The second is to use that capital and the accomplishing of those objectives to land strategic partnerships. This will allow us to partner with technology companies, license the SolarWindow patents, and be able to produce these products.

The third is to be able to turn those products into a revenue stream.

So when we talk about having a commercial-ready product available by year-end 2017, it needs to go through all of the product development stages to be able to be ready to manufacture. It would be at that time when it would go into production and be ready to be deployed to buildings, tall towers, skyscrapers, and residential windows.

What is your timeline for residential windows? Maybe one, three, ten years down the road?

Probably not that far. I would say we want to begin to build momentum a year or a year and a half into the production cycle. We see solar windows being available to everybody. Not just the rich and famous. This would be something where they could go to their home improvement center, select the window, and install it in their home.

Are there any drawbacks to getting solar windows on a residential home?

The biggest drawback that I see is related to the idea that solar windows need some professional installation. We need to look at the building codes, we need to look at how electrical systems are installed and approved by building inspectors. As we move towards the residential application, we would make the recommendation that the average homeowner should not install solar windows, but that the connection to the electrical system would be done by a licensed electrical contractor. As we move into that space, that would be our strongest recommendation—we don’t want the homeowner to assume that they could take a window that generates electricity, plug it into the wall, and have power right away. We want to be sure that the connection to the home is done to code by a licensed individual.

Is there anything I didn’t ask or mention that you want to share?

I think what’s important to keep in mind is that we are at a crossroads, and whether you’re in Europe, the Middle East, the United States, or South America, you’re at a critical crossroads between climate change and the depletion of natural resources. And right smack in the middle of that crossroads is the increasing need for energy by a constantly growing population. And I think right now we have a great opportunity to take advantage of a number of different renewable energy sources, and we hope SolarWindow is one of those renewable energy technologies that helps navigate us through that crossroads and has a positive influence on helping mitigate climate change.